Bia's co-founder, Fernanda Dobal, is partnering with Imperial SCARU on a study of menopause care in the United Kingdom.

Join the study by clicking the button above, or help us by sharing it with your network.

One of the most heated debates in women’s health is the gender gap, and for a good reason! Gender inequality is prevalent across the healthcare sector and medical research, resulting in an unacceptable lack of knowledge and the unequal treatment of women's health issues compared to men. In particular, menopause research is severely affected, with significant gaps where there just isn't information available. This article will give you insight into the gender gap and the widespread impact this has.

What is the gender gap, gender bias and gender prejudice?

There are a number of different terms in the topic of gender inequality, and we will go through some of these terms. Gender inequality is when a group of people are treated differently according to their gender, usually when women are not treated equally to men. (1) The gender gap is defined by the Cambridge Dictionary as ‘a difference between the way men and women are treated in society, or between what men and women do and achieve’. (2) Gender bias occurs when one gender is favoured or prioritised. (3) Finally, sexism is the discriminatory or prejudiced treatment of a gender. (4)

Why is the gender gap important?

Women are disadvantaged and mistreated due to the gender gap in a wide range of ways, from healthcare to income. According to the UN, the gender gap may not even be closed within the next 100 years. (5) One of the most discussed inequalities is the pay gap and gender inequality in the workplace, and how could you ignore a figure like: 78% of companies paid men more than women in 2018 (calculated using data on median hourly pay). (6) Based on analysis by the TUC, the guardian claimed that the loss in income due to the gender pay gap is equivalent to women working for 2 months every year for free! (7) With so many astounding facts and figures supporting this immense gap between men and women, there is no wonder inequality can also be seen in women’s health. So, what are the problems posed by the gender gap in healthcare?

Everyone expects and deserves the same treatment when it comes to healthcare, but research suggests women just aren’t getting the same treatment. Dr. Kenzie Cameron, a researcher, and her colleagues examined the difference in medical needs, use of healthcare services and preventative care services of 9,164 men and women over the age of 65. Women reported receiving flu shots and cholesterol screenings 75.4% and 87.3% less than men. Women were admitted to hospital less frequently than men, attended outpatient surgeries less frequently and had fewer physician visits than men.This research potentially demonstrates a worryingly lower rate of referral of women to healthcare services. (8)

Research conducted by Audrey Blewer and her colleagues, found that men had a significantly higher chance of receiving CPR from bystanders in a public environment during a cardiac arrest than women, resulting in a 25% increase in likelihood of surviving. This shows an inexcusable difference in the treatment of women during an emergency compared to men. (9) For the gender gap to close, we need to fix these discrepancies and ensure women have equal access and treatment as men in healthcare. Why should gender affect whether you get life saving emergency treatment?

The gender gap in the pharmaceutical industry poses a concern, in particular the negative side effects from medication. Pharmacokinetics is the name for the processes that occur in the body after you take a drug, for example how the drug is absorbed in the body. (10) Differences in pharmacokinetics between men and women can result in differences in the negative side effects experienced, called Adverse Drug Reactions. Irving Zucker and Brian Prendergast reviewed 5,490 research articles about pharmacokinetics and adverse drug reactions and found that compared to men, women had 2x more adverse drug reactions, which they suggested could potentially mean women are being ‘routinely overmedicated’. In addition, when given the same standard dose of a drug, the drug concentration within the blood of women was higher than men and remained within women’s bodies for longer before being broken down. (11) This suggests that the regular prescription of the same drug dosages for men and women could be responsible for women suffering greater side effects and negative reactions to medication compared to men.

The gender gap also has implications on clinical research, for example on cardiovascular research. In the past, men and women have not been included equally in clinical trials for cardiovascular disease. In most clinical studies in cardiovascular disease there tends to be a lower inclusion of women, with an average of 85% of participants in these studies being men. (12) Some of the proposed reasons for the low number of women in studies includes criteria that are biased towards the selection of men and younger participants, and safety concerns for pregnant women and women of ‘childbearing age’. (12, 13)

There aren’t just issues in clinical trials, healthcare services and the pharmaceutical industry. Gender inequality can also lead to other consequences such as lack of funding for women’s health research, the generalisation of results from one gender to another and the lack of female researchers involved in research. (14)

What are the problems in menopause research?

The Guardian reported in 2019 that reproductive health research only makes up 2.9% of publicly funded research. (15) In fact, according to ResearchGate, if you compare erectile dysfunction, a men's health problem to premenstrual syndrome, a women’s health problem, there is 5 times more research into erectile dysfunction. (16) The lack of research into menopause is problematic and women are being let down by the knowledge gap.

A review paper by Sun Kyoung Yum and Tak Kim identified research areas such as statins, HRT and Alzeihmers disease as having gaps. There is uncertainty over the effect of statins in menopausal women, with some research studies suggesting statins reduce cardiovascular disease risk and others suggesting they increase risk and could cause diabetes in menopausal women.(17, 18) Another key gap is research into the link between Alzeihmers disease, menopause and hormone therapy. It is still not understood how changing oestrogen levels affect women's risk of developing Alzeihmers disease during menopause but recent evidence suggests HRT could offer a protective effect. (17) What we do know is that HRT’s benefits outweigh the risk for most women.

These gaps in knowledge feed into inadequate information about menopause within healthcare. Juliana Kling, a menopause specialist, collected 183 responses from a survey sent to postgraduate trainees in medicine in the US. Although 93.8% of participants agreed it was important to have training in menopause management, 20.3% of participants claimed they had not received menopause lectures whilst completing their residency programme training and 6.8% of participants did not feel ready to help women undergoing menopause. (19) This reveals the importance of addressing the gender gap and knowledge gaps in menopause, so that doctors and healthcare professionals are fully equipped to help women during menopause.

What does research show about the impact of the menopause knowledge gap?

Knowledge gaps and mixed attitudes towards HRT was seen in a survey conducted in 2014. When asked about whether the media overplayed the risks of HRT, 46.1% of women answered that they were unsure. Whilst 69.9% of women agreed with the use of HRT, less than half (46.8%) of participants felt they were unable to make an informed decision about HRT and 34.2% didn’t feel confident about the safety of HRT. (20) These figures demonstrate the gap in knowledge about HRT, which could be stopping women in need from getting the right treatment.

A study by Maylyn Goh and her colleagues examined the knowledge gaps around osteoporosis, a condition which commonly occurs in women during or after menopause. Out of 19 statements in their survey, only 8 were answered correctly by more than half of participants and this revealed knowledge gaps in osteoporosis prevalence, risk factors, treatment, symptoms and post-menopause bone loss. The team used the results from the study to create a fact sheet which addressed knowledge gaps in osteoporosis to help women during menopause and you can view the factsheet here. (21)

Our approach to closing the healthcare gender gap

As one of the ways to improve gender equality, we believe increasing research into areas such as menopause are vitally important for closing the gap. Increasing the information out there about menopause will help women to learn more, as well as ensuring doctors and healthcare professionals are better informed to give advice.

In a partnership with Imperial College London (SCARU), we are studying women's experience of menopause, their use of healthcare services and treatment during menopause. Our aim is to transform the provision of menopause care and enable women to make an informed decision about treatment, backed by research and supported by healthcare professionals. The study being conducted uses a short 9 minute survey with results recorded confidentially and anonymously. You can follow the link below to contribute to our research and share insights from your experience and views on menopause treatment. We look forward to hearing from you!

15. Slawson N. “Women have been woefully neglected”: does medical science have a gender problem? The Guardian [Internet]. 2019 Dec 18 [cited 2020 Nov 19]; Available from: https://www.theguardian.com/education/2019/dec/18/women-have-been-woefully-neglected-does-medical-science-have-a-gender-problem#:~:text=The%20lack%20of%20evidence%20was

16. Why do we still not know what causes PMS? [Internet]. ResearchGate. 2016 [cited 2020 Nov 19]. Available from: https://www.researchgate.net/blog/post/why-do-we-still-not-know-what-causes-pms

Join the study by clicking the button above, or help us by sharing it with your network. 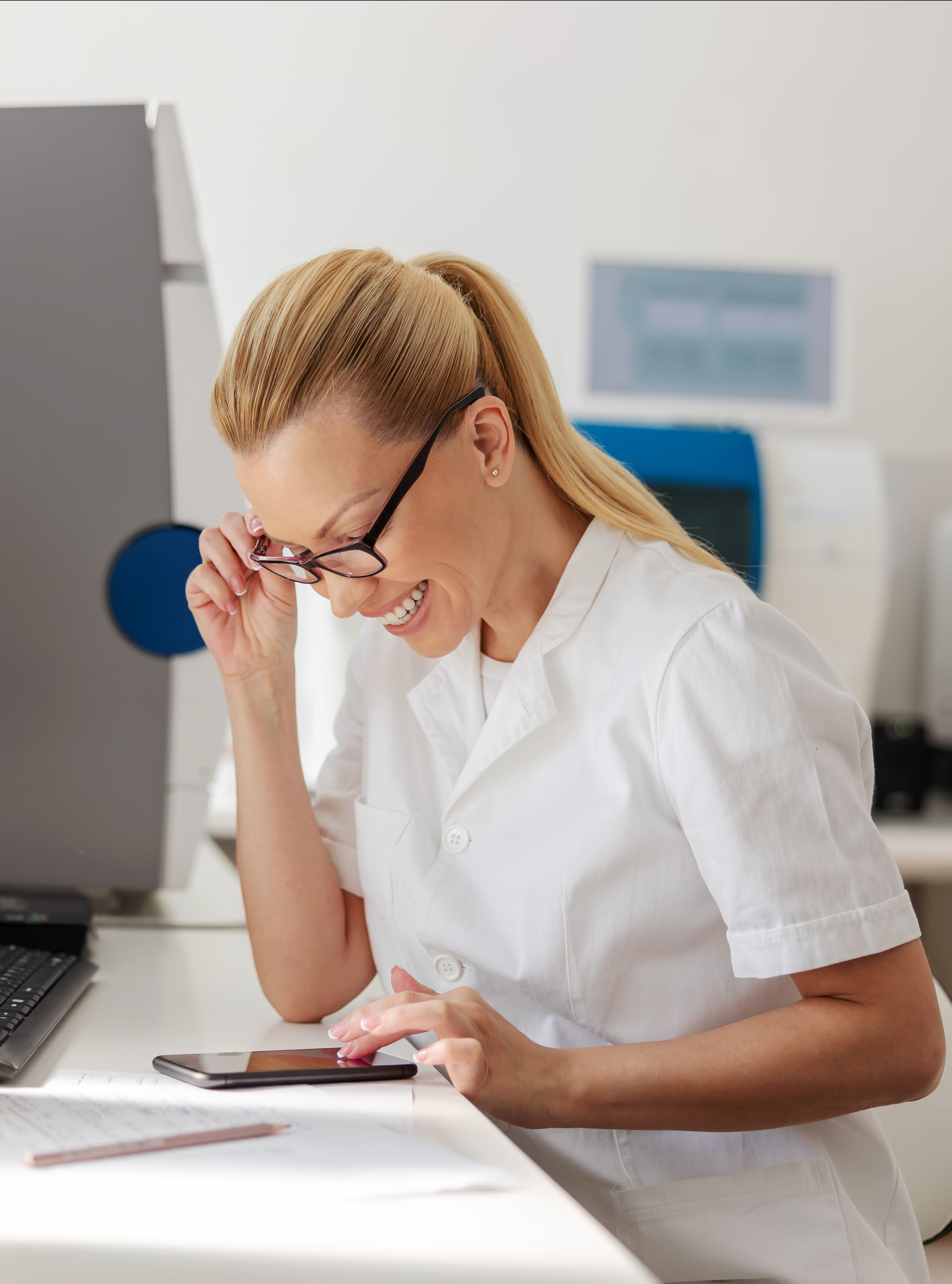