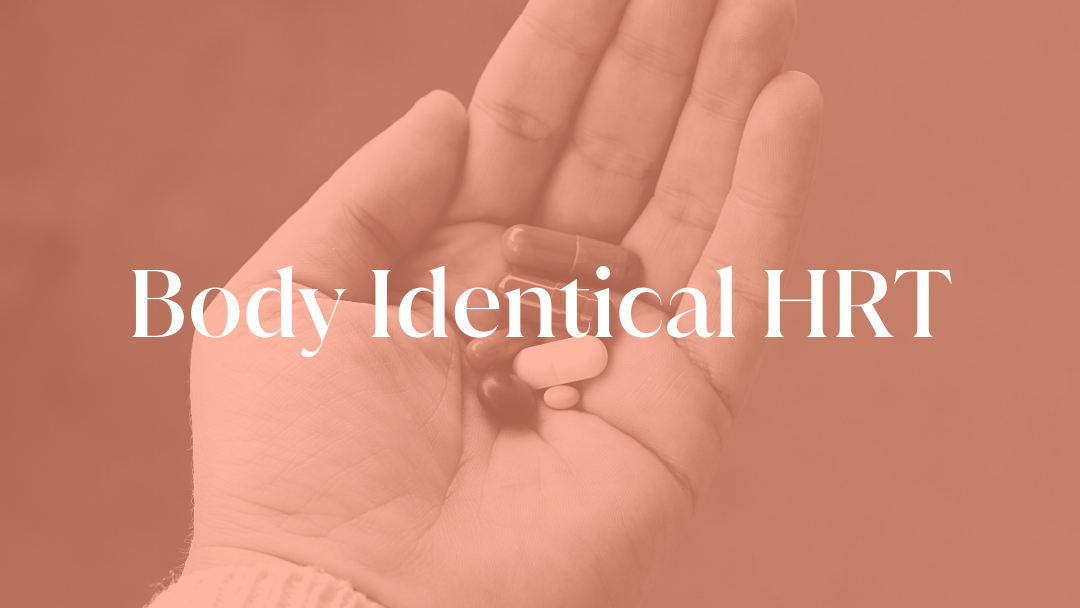 Body identical hormone replacement therapy (HRT) is the recommended menopause treatment in the United Kingdom. It's the lowest risk, and most well regulated form of HRT. We briefly explain what it is, how it's different and what to look out for when you get your prescription.

HRT is when you take a form of medication to replace your body's natural hormones. This is because our female hormones - oestrogen and progesterone - drop during perimenopause and menopause. This drop causes many women to have menopause symptoms.

What is body identical HRT

Body identical HRT has the same chemical structure as the hormones in your body. That means that when you take it, you're actually topping up your own hormones. Body identical HRT is regulated medication that can be prescribed privately or on the NHS.

For oestrogen: almost all forms of HRT prescribed in the United Kingdom are now body identical estrogen. Look out for the term estradiol (often made from the yam plant).

Bio-identical hormones are not regulated medications, so they need to be approached with some caution. Bio-identical HRT is not available on the NHS, and not all private menopause clinics will prescribe it.

What are the brands of body identical HRT?

Is Body Identical HRT available on the NHS?

Yes - Body Identical HRT is available on the NHS. However, it cannot be guaranteed that this will be the first type of HRT that will be offered to you. You need to ask for it specifically to ensure that you get it.

Bio-Identical HRT, however, is not available on the NHS, as they are not regulated. You would need to go to a private clinic in order to get this form of HRT.

What are the side effects of Body Identical HRT?